Thorium support configuring MIDI boards to perform actions in the controls. These MIDI boards could have sliders, rotors, and buttons, all of which can affect things in the simulator.

Two models of MIDI board are supported:

More models could be added in the future. If you are interested, get in touch with Alex or file an issue.

MIDI Boards are configured from the sidebar of Thorium. Multiple MIDI configurations can be assigned to a simulator at once, and they can be changed mid-flight. 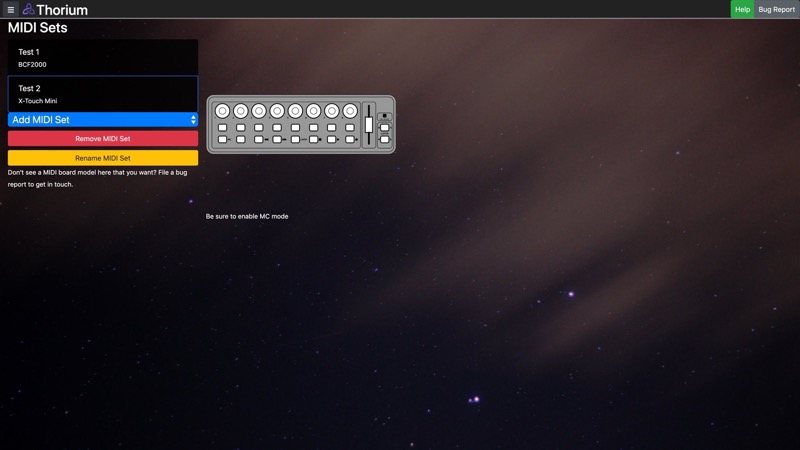 When configuring a MIDI set, you must first choose the MIDI board which you want to use. A diagram of the MIDI board shows which controls can be configured. Clicking on the control selects it, allowing you to add actions to the control. You can also select controls by manipulating a MIDI device plugged into the computer.

Once you have selected a control on the MIDI device, you'll be able to configure how that control interacts with Thorium. 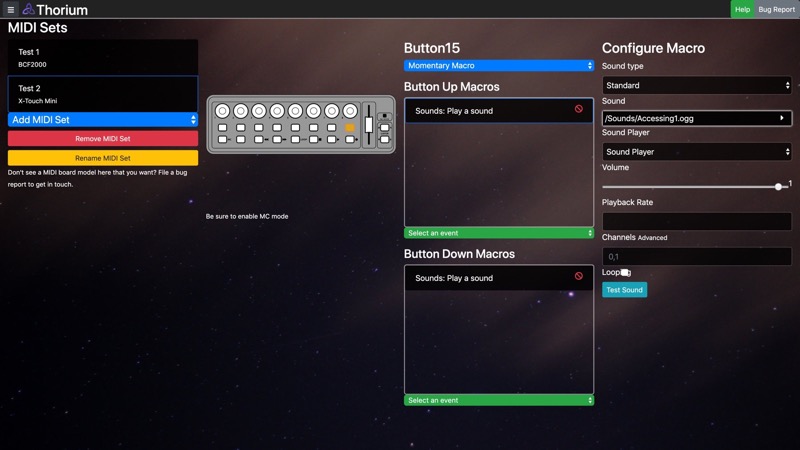 There are currently two options for the Toggle configuration.

Sliders and rotors have a single configuration which connects them to data in Thorium that determines their value. For controls that can be updated on the MIDI board (like LED lights around a rotor or a motorized slider) those controls will reflect the value in Thorium. Changing the rotor or slider will update the value in Thorium.

There are currently three options for adjusting the value of the sliders and rotors.

If there are other toggle and value options you would like to have in Thorium, submit an issue and it will be added.

Some of the toggle and value options require configuration, like choosing which MOTU channel to set the volume for. Those options appear on the right side of the screen. 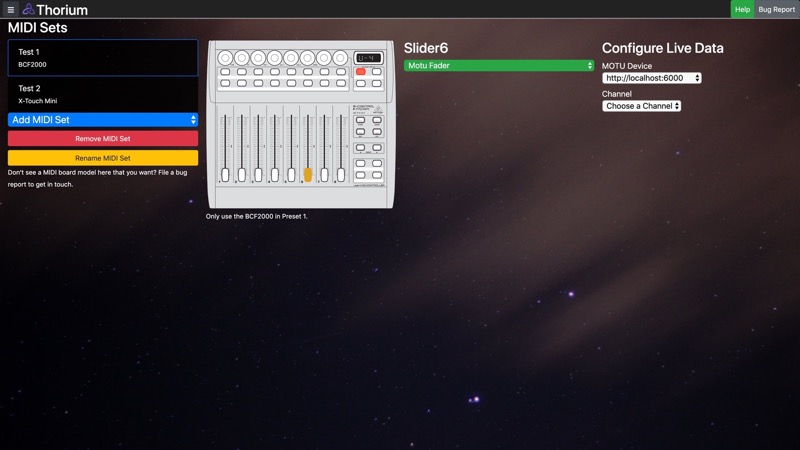 Using MIDI Devices in a Flight

Currently, Thorium only connects to MIDI devices if a special "MIDI Core" is displayed on the Core. This core shows the activated MIDI devices and having it open starts the connection to any connected MIDI devices. If the MIDI core is closed, your computer won't be able to communicate with your MIDI Device.