The railgun is a system for destroying incoming projectiles. It is a weapon which must be loaded prior to firing and fires based on a simplified sensor grid. 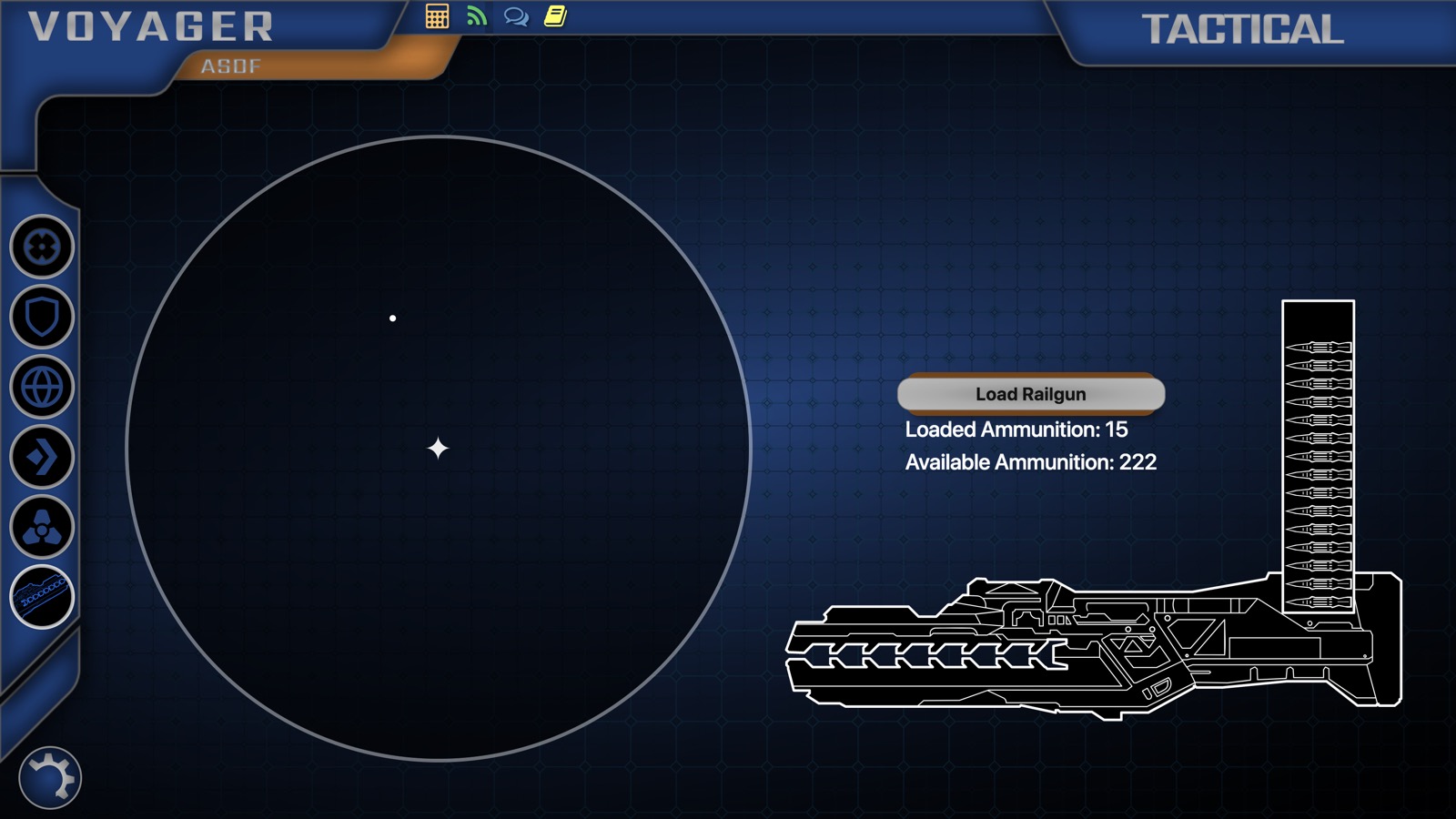 Note: Be sure to add the railgun system to your simulator config.

The sensor grid shows incoming projectiles only. The railgun diagram shows the loaded bolts. If the Railgun Loading is on one of the stations on the simulator, then loading must be done from that card. Otherwise, loading can be done from the same card that fires the railgun.

To fire the railgun, you just have to click and hold on the sensor grid. A red dot will show where you fired. If you hit an incoming projectile enough times, it will explode and you won't be harmed by it.

The railgun core allows the flight director to choose how many bolts are currently loaded, how many can be loaded, and how many are available to be loaded. The projectiles from the railgun come from hostile sensor contacts. You must first change a sensor contact to be hostile.

Hostile contacts appear with a red shadow on the sensors grid. 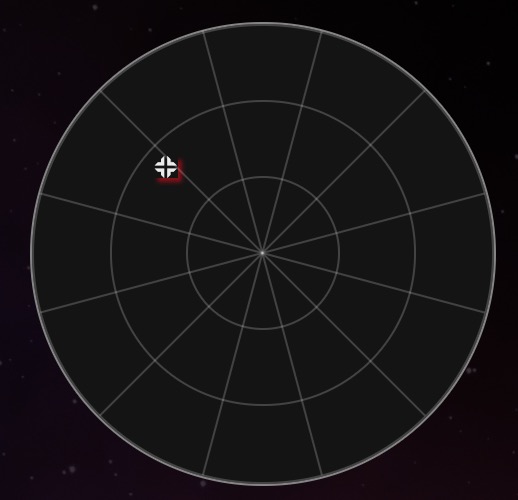 You can control several factors:

The projectile will be destroyed in one of two cases: